Interesting Last Will and Testament Stories 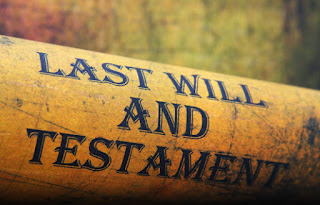 The terms "will" or "last will and testament" are used interchangeably as the name of the document that a person uses to convey his or her wishes as to how belongings are to be dealt with when he or she dies. It also names a person or persons to manage the person's estate until everything has been distributed. This person is called the executor.

Since wills have been around since ancient times, there are some pretty interesting stories, facts, and other fun pieces of information that have been associated with this topic around the world. Here are a few.

The longest will known to have been filed in probate court is that of Frederica Evelyn Stilwell Cook. On November 2, 1925, this 1066-page document bounded into 4 leather-bound books filled with gilt-edged paper was filed at the Principal Probate Registry in London. Two of the books had 702 pages, and two books had 406 pages. This monstrous document had an inventory of all Ms. Cook's belongings, including jewelry, laces, furs, dressing bags, embroideries, and art. The majority of her belongings went to her children. The document also stated that her two executors were to bury her wedding ring with her in a grave with a tombstone that did not have her age inscribed on it. She also instructed her executors to burn her diaries.

According to a recent study, 11% of people living in Briton have their Internet passwords in their will.

A few rich and famous people have died without having a valid will, and that has made things a little messy with their family members:
The oldest-known will in existence was found in a tomb in Egypt and is called the "will of Uah." It dates to 2548 BC. In it, Uah leaves everything he owns to his wife, Teta. 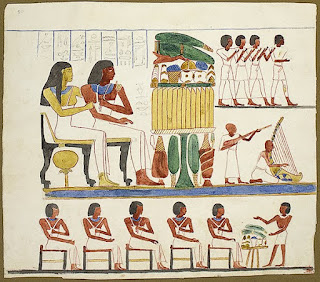 If you live in Alberta, Canada, then when you get married your will becomes invalid. But if you get divorced, it will be valid again.

In 1976, California was the first state to make the living will legal. This document provides people with control over their end-of-life medical treatment.

Late actor and comedian Del Close's will stated that his skull was to go to the Goodman Theater in Chicago so he could be Yorick in the Shakespeare play Hamlet after his death. But the executor of Mr. Close's estate couldn't find anyone willing to behead Mr. Close after his death. Eventually, his body was cremated, with his head still attached to his body. The executor did buy a real human skull from a science supply store and gift it to the Goodman Theater, and this skull was used several times in plays.

The Smithsonian Institution in Washington DC was created through a bequest in the will of James Smithson, in 1829. And he had never even been to the United States.

These are just a few interesting facts about estate planning, specifically last will and testament documents. If anything, it shows you just how important it can be to have a will to handle your affairs after you've passed on. If you have any questions about setting up a will, call a local estate planning attorney, such as one from Burton and Associates, and we will be happy to help you. Visit www.attorneyrichardburton.com for more information.

Article resource and adapted from.